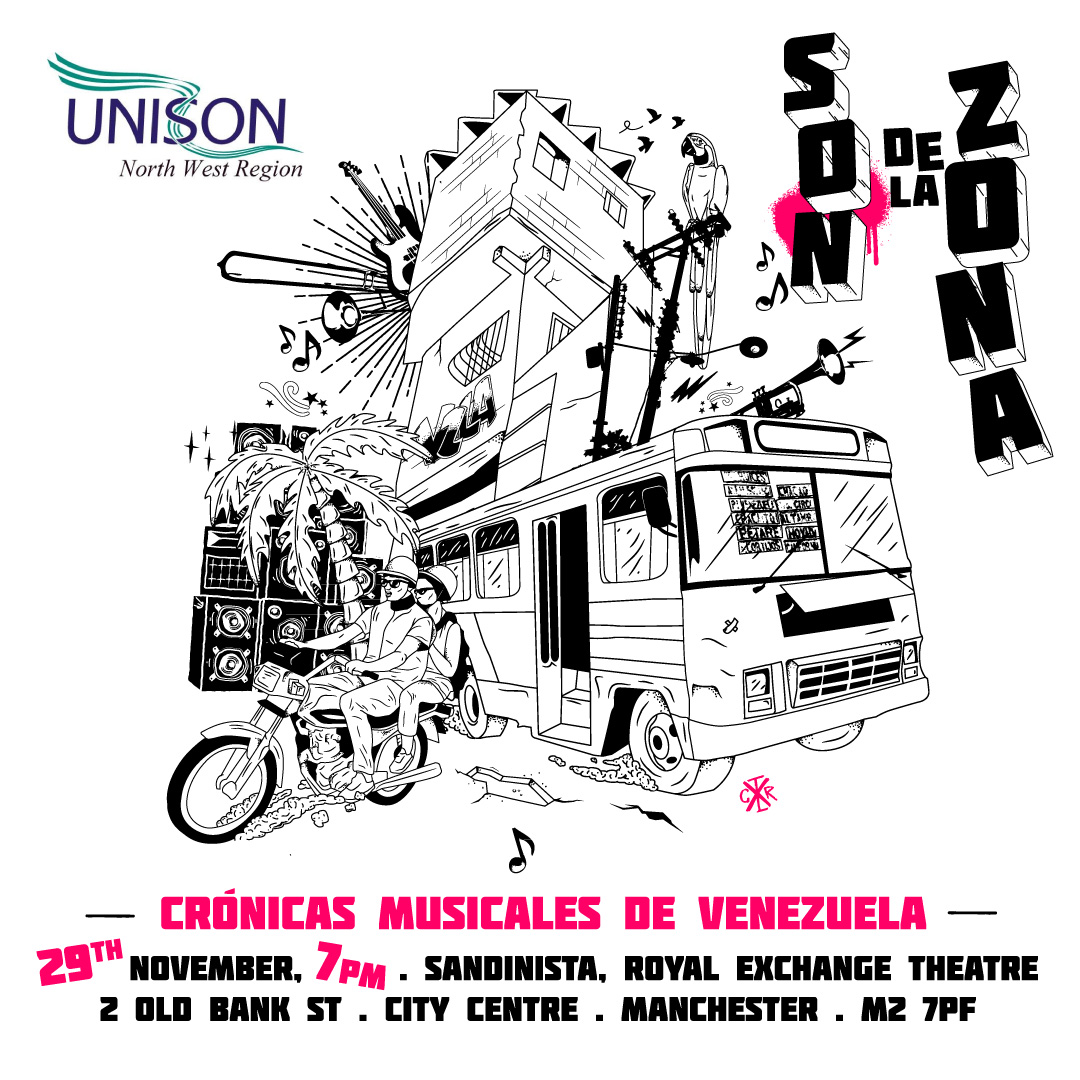 UNISON North West and the Embassy of the Bolivarian Republic of Venezuela would like to invite you to the above event which will take place at:

‘Son de la Zona’ will be presented by Magú, guitarist with Venezuelan ska band Desorden Público. Magú is not only a musician but also a researcher of the rhythms, sounds and traditions of Venezuela and Latin America.

“We went deep into each parish to find out the sound of the people, what their talents are; that research resulted in experiences which are not commonly known, but are teeming throughout Venezuela. That’s how we were able to witness the creative process and the work of our main characters and cultural collectives, which live in different communities in Caracas and other parts of the country” – Magú,

The film includes a range of real day-to-day stories of life in the barrios and parishes of Venezuela such as Petare, San Agustín del Sur, El Cementerio, El Valle, Los Teques, Aragua, Yaracuy and Lara. Son de la Zona was awarded the Simón Bolívar National Prize for Journalism in 2015.

The film screening will be followed by a Q and A with Magú, and two DJs sets from Magú,and DJ Yeko.

For more information on the music of Magú, and DJ Yeko: