Get active in your workplace

UNISON needs you. Did you know that people in workplaces with union reps statistically earn more, get more holidays, get better training and are less likely to be discriminated against?

Join UNISON’s large network of people across the UK who tackle problems at work and improve conditions for themselves and their colleagues.

In early August, the UNISON Labour Link committee will be meeting to discuss their nomination for leader of the Labour Party.

In past leadership elections they have made a nomination, looking at which candidate most closely reflects the policy priorities for UNISON members and our public services and who has the ability to lead the Labour Party to election success and into government so that our agenda can be put into practice.

The Branch’s response to the Council Forum held last night!

Responding to the Budget and Medium Financial Strategy Update discussed at Blackburn with Darwen Council Forum last night, which saw councillors agree a further package of cuts and reiterated 500 jobs would be lost.

“Central Government cuts are forcing councils across the County to cut back valuable services and much-needed jobs.

Liverpool Pride will take place this year on Saturday 30th July. As usual, we have arranged for a UNISON contingent to be present in the march and all UNISON members and their friends and family are invited to march with us.

We are contacting you to request your help with a Parliamentary petition we set up about the Local Government Pension Scheme.

Over 86,000 people like you have already signed it. Please join them today, it takes just 30 seconds to do so.

£100 donation to UNISON’s charity ‘There for You’

The Branch recently received a request from Karen Worsley:-

“Hi my name is Karen Worsley and I have been newly elected as Trustee for UNISONS Charity There for You. For the 3rd year running I am taking part in the charity walk which this time is the mountains of Spain.

WHAT ARE THE RULES FOR SIGNING UP?

Below is an email from UNISON National Labour Link to clarify the rules and time table of the Labour Leadership Election. I apologise for any delay in circulating, particularly given some of this information is already in the public domain.

UNISON has a stall in the park and will be running a workshop on workplace rights.

Sparkle the National Transgender Celebration – a weekend festival held every July, in the Village area of Manchester. Sparkle is open to everyone who sees themselves as Transgender (and their friends and families) no matter if they be living full-time or just ‘dressing up’ for an occasional Saturday night out. 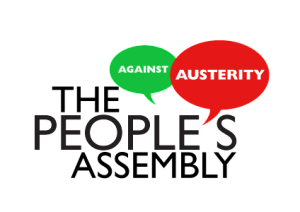 The Tories are in disarray. Earlier this year saw George Osborne’s austerity Budget collapse before the ink had dried and effectively put paid to his leadership bid.