Successful Skills for Strength convention back in the new year

UNISON will hold a  Skills for Strength convention in central Manchester on Saturday, March 12, 2016, following this year’s successful event.

On March 7, over 130 UNISON activists joined in Manchester for a day of workshops, skills -based training and debate.

London rally and lobby of MPs against the Trade Union Bill: November 2nd 2015

UNISON Blackburn with Darwen has been invited to join other union members from across the UK for a rally and lobby of MPs against the controversial Trade Union Bill.

The trade unions think MPs should be focusing on the real problems this country faces, not undermining people’s right to be supported at work.

The decision was made on the opening day of the nomination period (September 2 to October 9 ) but branches and other bodies can still make nominations. 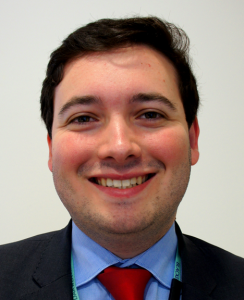 A Young Members Officer acts as the eyes and ears of younger people in the branch – but also listens to their ideas.

The man at the helm in Blackburn with Darwen’s office is Jacques McCaughran who has been busy netting new recruits this year and explains there are multiple benefits for signing up.

UNSUNG heroes in education now have their chance to shine at special events in November.

Stars in Our Schools is UNISON’S scheme to celebrate the achievements of all support staff – that’s everyone who helps children learn and keep children safe, including caterers, admin staff,  finance officers,  teaching assistants, librarians and many more – in Blackburn and  Darwen schools.

The government is pushing through a Trade Union Bill that will severely restrict working people’s ability to organise to defend their jobs and pay and to campaign for a fairer society.

UNISON is campaigning against the bill.

We believe MPs should be focusing on the real problems our country faces and working with everyone, including unions, to solve them, rather than taking away people’s right to be supported at work.