After 10 months, the Derby school support staff dispute has come to an end, with UNISON members voting to accept the council’s latest offer by a margin of nine to one.

I know school support staff are relieved this dispute is over at long last, and they can concentrate on the vital work they do helping children in Derby’s schools. Parents and local residents – whose support has been tremendous and resolute throughout – will also be pleased that this difficult period has come to an end.

In total the council branch took 73 separate days of industrial action – including three weeks where they were out every day. Campaigning included rallies and demos (taking place everywhere from the Derby Council House to Parliament Square in Westminster and Labour Party conference in Liverpool), an advan (which I had the pleasure of unveiling), case studies, a day-long vigil, media interviews, petitions and doorstep campaigning. 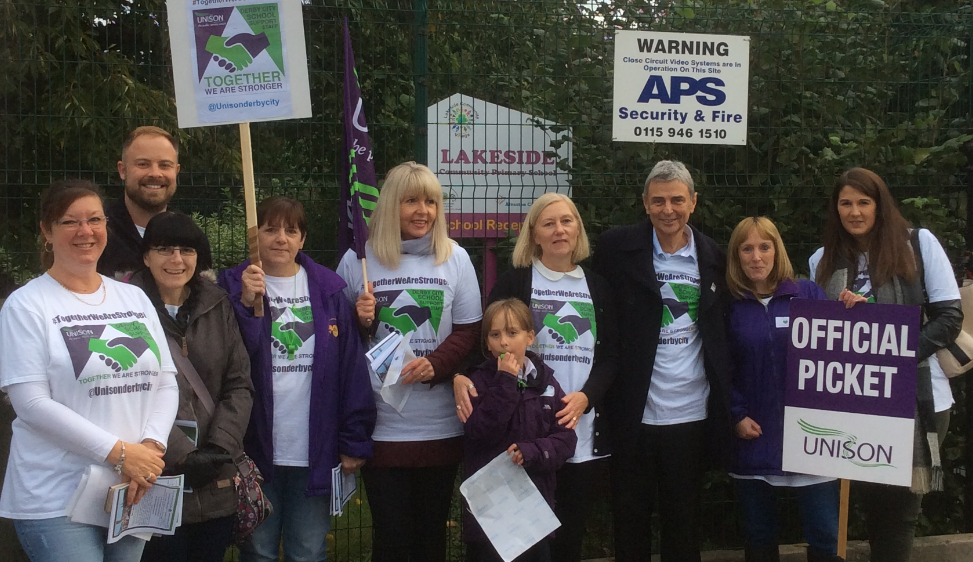 It was a phenomenal campaign, made possible by inspirational leadership from the branch. Branch secretary Nicole Berrisford and her team showed remarkable leadership, campaigned relentlessly and demonstrated the honesty and determination necessary to lead such a vital campaign for our union. Nicole has been involved in this dispute every step of the way, and it has been an honour to campaign alongside her and Derby members during this difficult, but crucial year.

School support staff can go into work with their heads held high, knowing that the value of the work they do for children and schools has been recognised. But they will never forget the way that they, their branch and their whole union came together and won a better deal – and neither will I.